from $60 per person (snorkeling)

Diving in Fiji allows you to visit some of the world class sites explored include ‘Ceasers Rocks’, a collection of pinnacles covered with a profusion of soft coral and fans, teeming with small exotic fish life. ‘Nisici Rocks’, pinnacles featuring an extravaganza of soft coral and reef fish including the elusive Blue Ribbon eel. ‘Side Streets’ a multitude of small pinnacles that occupy a reef passage creating the surreal feeling of walking between large buildings. The pinnacles are smothered in rich dark red and purple soft coral, with dense masses of surgeonfish hanging in the current above.

Diving in Fiji to any one of the four purpose-sunk wrecks in Beqa Lagoon is a great way to experience a wreck dive. These are Taiwanese trawlers about 110ft long and 100ft deep and their deck areas are at a depth of 20mtrs.

These wrecks have become homes for many different types of fish life such as cod, grouper, and schools of fusiliers and barracuda. Diving in Fiji at these wrecks also allow you to see beautiful soft corals that cover them and make for excellent photographic subjects. 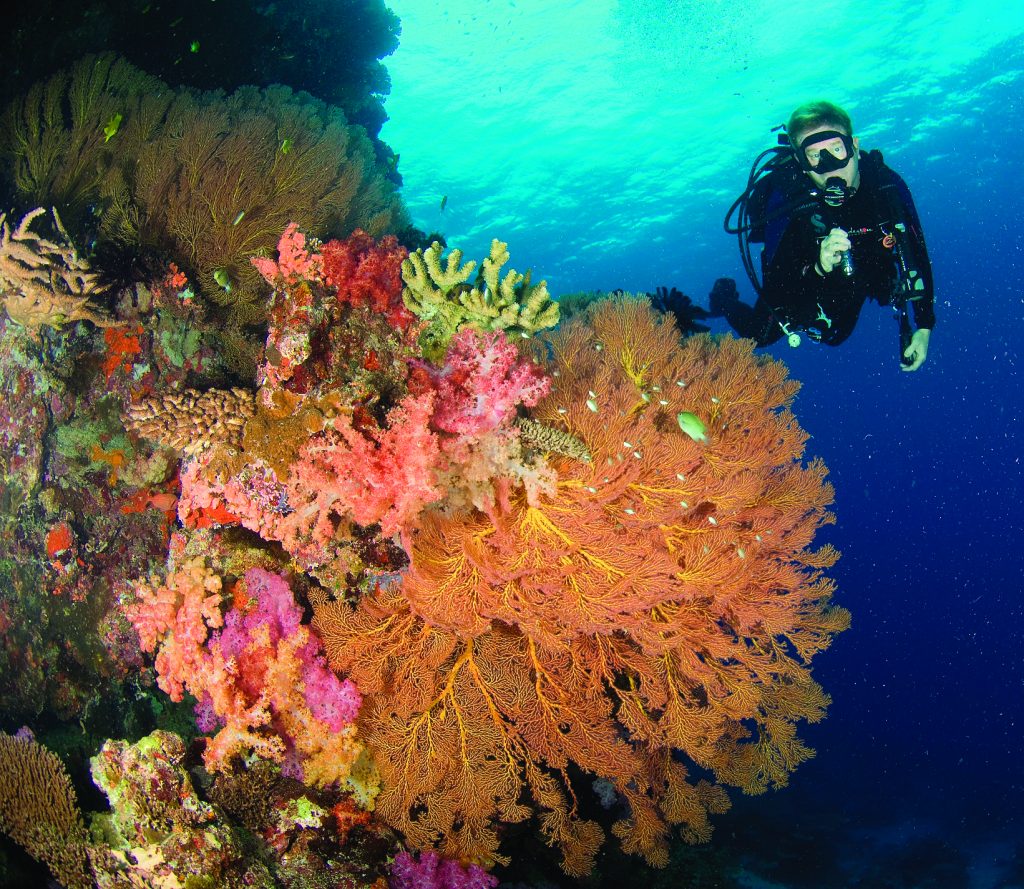 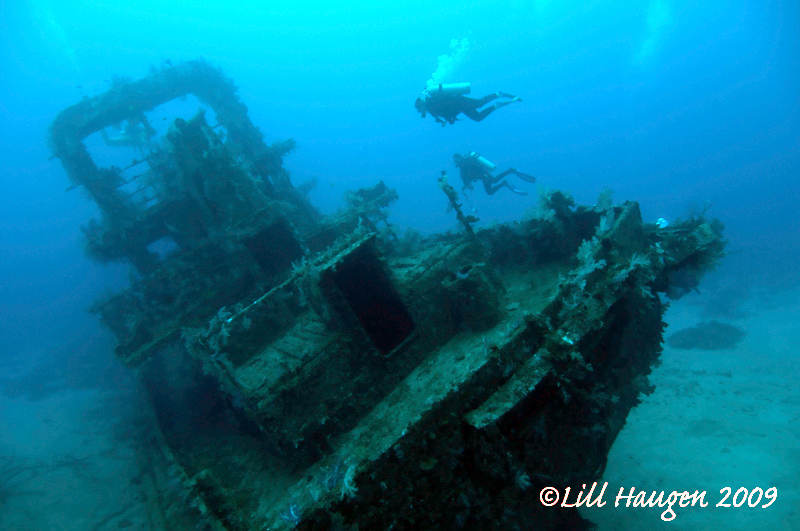 The waters of Beqa Lagoon are world renowned for their spectacular soft corals and abundant life, so much so that Beqa Lagoon has been called “The Soft Coral Capital of the World”. Everything from small critters to large pelagic species can be found in these waters while reef diving. Our dive sites includes 7 sisters, 3 Nuns, Turtle Head, Swim through city/Bird Island, Ceasers Rock, ET/Cyclop, Carpet Cove

The Tasu II is a decommissioned long line fishing vessel purposefully sunk on the sandy bottom at the ‘Seven Sisters’ dive site in the late 1990’s. She is about 30m/100′ from bow to stern lying upright on her keel in about 28m/90′ of water next to the coral pinnacles that make up the Seven Sisters.

Having been down for so many years, a good growth of soft corals covers the wreck. It is not uncommon to find a school of chevron barracuda circling above the wreck and groupers hiding out inside the superstructure. With a keen eye, lucky divers can spot pipefish wriggling their way across the deck and up the sides of the ship.

After exploring the wreck a gentle fin back to the reef finds divers in a maze of seven towering pinnacles. Zebra Sharks can frequently be found resting on the sand just out from the pinnacles and for divers that want a rest, settle down in the sand between the pinnacles and watch as a cloud of butterfly fish move in and give you a ‘clean’.

Without doubt, Rusi’s Pinnacle is the favourite dive site of all the staff. Lying upright on the seabed in a depth of 32m/110′ lies the largest of the wrecks in Beqa Lagoon. Measuring about 40m/140′ in length and made of two decks, this old fishing vessel is home to a diversity of life that is quite exceptional.

Scuttled in 2000, there is already an incredible coverage of soft corals smothered in brittle sea stars. The top deck railing is home to a giant frogfish; with it’s intricate camouflage it can be quite a challenge to spot in amongst all the encrusting sponges

100ft away stands a solitary pinnacle that soars upwards to within 5m/15′ of the surface. Encrusted with a kaleidoscope of colour, this pinnacle is home to stonefish, lionfish, leaf scorpionfish and moray eels. The top of the pinnacle is carpeted with five different species of anemone fish with their different host anemones. 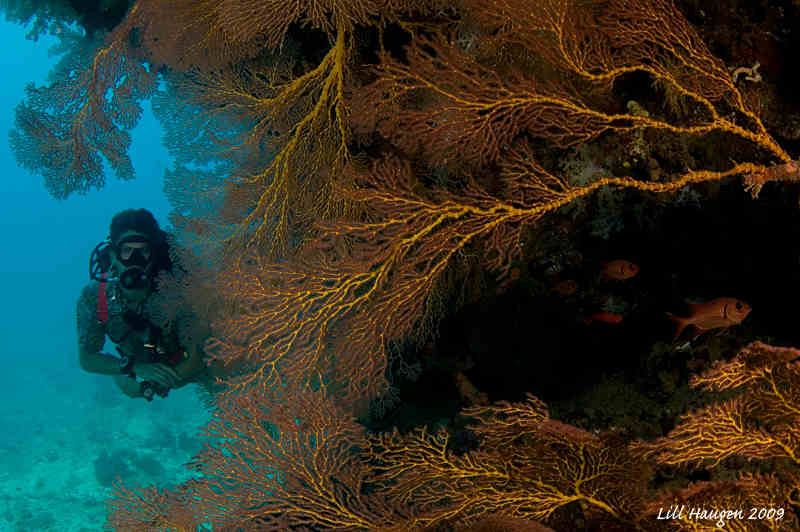 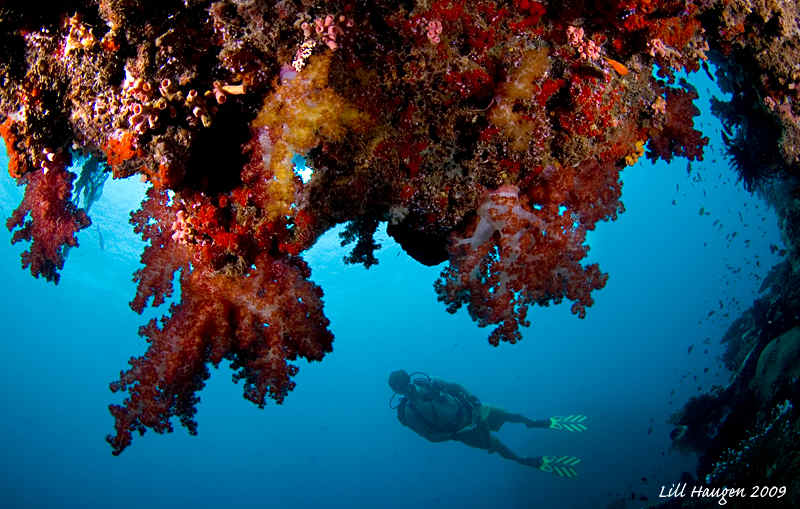 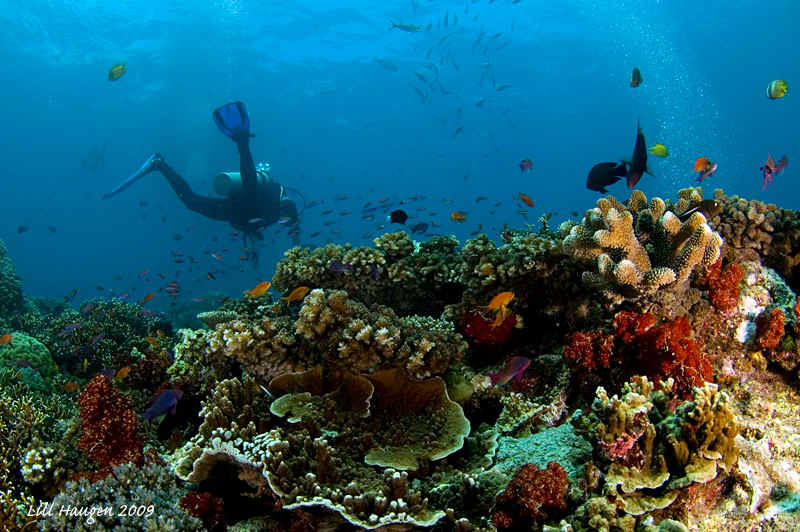 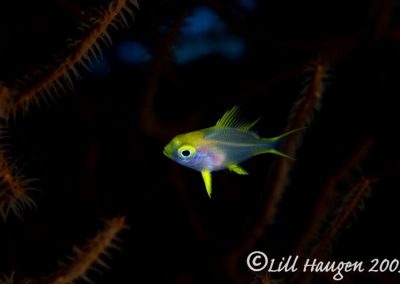 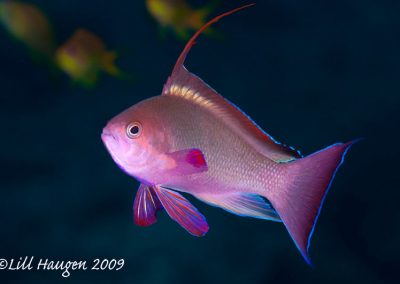 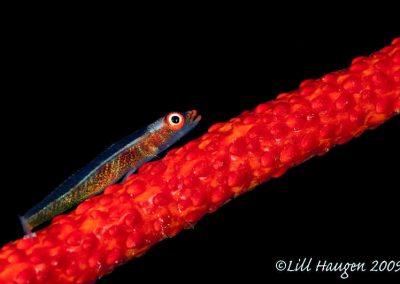 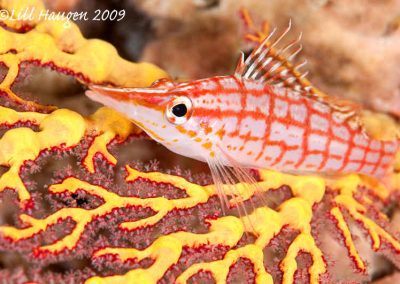 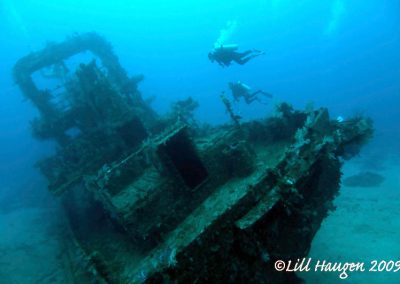 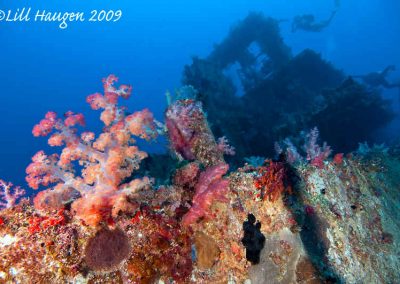 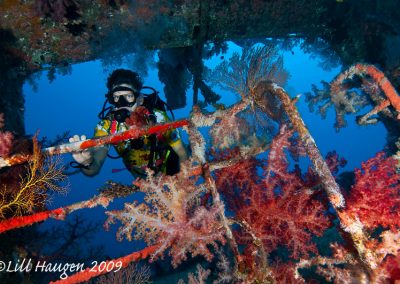 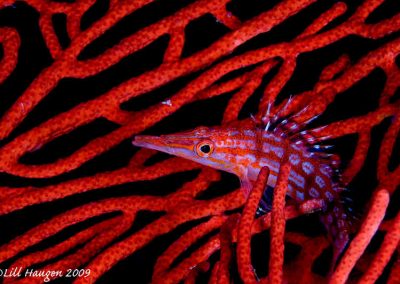